EarthCam and affiliate Abbey Road Studios bring you a live view of the zebra crossing at Abbey Road, one of the most iconic images of modern times and the world music scene.

Abbey Road Studios have been at the heart of the UK music industry since 1931 and have been home to countless landmark recordings and pioneering advances in recording techniques, equipment and technology.

Since opening, many of the world's most celebrated artists have worked with the Studios from The Beatles, Pink Floyd, Cliff Richard and Kate Bush to Oasis, U2, Take That, Radiohead, Kasabian and Stereophonics. Abbey Road Studios have also been home to many great classical recordings working with Yehudi Menuhin, Herbert Von Karajan, Maria Callas, Placido Domingo and Jose Carreras to name a few.

For over thirty years, Abbey Road Studios has been the premiere location for filming scoring in the UK, recording all but one of the Star Wars films with John Williams, The Lord of The Rings Trilogy with Howard Shore, Braveheart with James Horner, and many others such as Cold Mountain, The Golden Compass, Shrek, Prince Caspian and the Harry Potter series.

Abbey Road Studios today have many products and services for professional musicians, music lovers, audio enthusiasts and curious fans alike. From a recording and mixing session at the studios to an online mastering session, to unique audio products and official merchandise.

Enjoy the Best of Abbey Road, as captured by EarthCam since 2010. Watch as visitors recreate the iconic photo on the cover of The Beatles’ 1969 album, “Abbey Road”, including Paul McCartney himself! 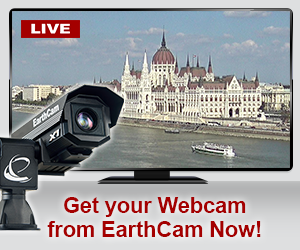 Webcams of the World

Home | EarthCamTV | EarthCam.net | ConstructionCamTV | EarthCam Mobile | My EarthCam | About Us | Company Info | Site Map | Add a Cam | Link To Us | Contact Us | Advertise | Help
Copyright 1996-2021 EarthCam, Inc. All Rights Reserved.
Should you encounter a problem with a link, let us know.